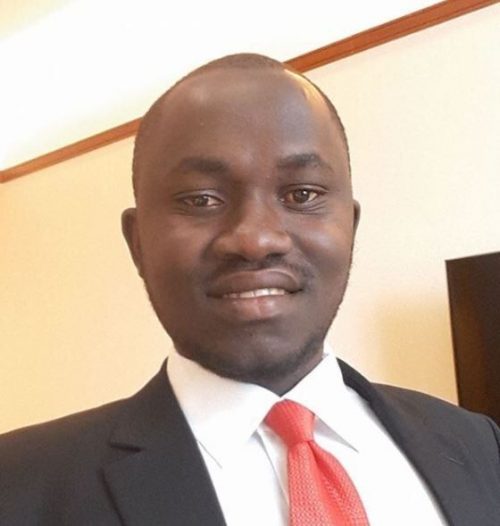 My name is Pa Malick Nyassi. I study political science at the UTG. I grew up in Brikama in an extended family with seven siblings from the same father and mother. I went to the Gambian Technical Training Institute before enrolling the university.  I want to ebcome a public political analyst and work in ministry with analysis,. My grades are very good grades and I think it will be easy for me to get a job.

Fall semester 2016
So far the semester is going on fine. The  courses that I am taking include, Diplomacy & Foreign Policy, Introduction to Gambian Literature, Problems of Nation Building in Africa, and Introduction to Psychology. I have achieved a lot during the course of the semester. The first achievement was the intervention of A for A in settling my tuition fees, without which I won’t be able to attend classes. By extension, the lecturers were able to give me what I expected of them and equally I was able to respond to their demands. Some of the challenges are: Inadequate learning materials like books, laptops for assignments and also having limited time to work on assignments, presentations and term papers. On the issue of results, I am doing very well as my accumulated CGPA stands at Cum Laude.

My University education has helped broaden my horizons on key fundamental realities within society, particularly the realization of sustainable national development goals. One of these personal objectives of mine has been, to dedicate time to contribute towards society, by assuming various leadership positions. Some of these roles include, my duties as the chairperson of the Kabafita Youths and Children Development Association (KYDA), former President of the Social Science and Humanities Student’s Association of the University of the Gambia (SoSHSA), Secretary to the Village Development Committee in Brikama Daruhairu and Governance Officer of the Peace Ambassadors of The Gambia in West Coast Region. I was also a board member of Network of Organisations for the Development of Children and Youths (NODSCY).

Assuming such leadership positions at an early age, brought my talents to the forefront and attention of the wider membership of the UDP. Subsequently, I was elected by party delegates in March 2016 during the National Congress of the UDP, as a National Executive Member of the party and the 1st Vice President of the National Youth Wing. For such a position to be entrusted upon me was an honour and symbolic, due to the fact the position was previously held by my late father. I was also assigned to head the media publicity and communication unit of the party.

As a result of my active participation in politics, I joined a consortium of individuals who played a pivotal role in amplifying the Coalition 2016 campaign, which eventually brought about democratic change in the aftermath of TheGambia’s December 2016 Presidential elections. My personal and organizational engagement had captivated and inspired many of the youths in The Gambia. As a member of the Coalition 2016, I was tasked to work on Voter Education, the National Reconciliation Committee and also served as the content developer of the Coalition 2016 media team.

After the change of Government in December 2016, I was absorbed into the Foreign Service of the Government of the Republic of The Gambia in August 2017, and appointed as Second Secretary at the Ministry of Foreign Affairs. Due to the dictates of the General Orders of the Civil Service of The Gambia and by extension the Constitution of the United Democratic Party, I had to resign from active partisan politics to ensure compliance.

I am currently employed by the Ministry of Foreign Affairs of The Gambia under the Diaspora Directorate as First Secretary. My core responsibilities at the Ministry is to pursue the Foreign policy objectives of The Gambia. In this capacity, I also work as the focal person for Migration. One of my main objectives at The Gambia Foreign Ministry is to contribute effectively in maintaining Gambia’s territorial integrity, mobilization of resources and safeguarding the welfare of Gambians abroad via proactive diplomacy. My role as the desk officer for Migration, has availed me the opportunity to interact with several issues and people from diverse backgrounds.

My career experiences as a young diplomat has availed me the opportunity to attend meetings, conferences, seminars and workshops as delegated by the Permanent Secretary of my Ministry. My current post also allows me to give technical advice and inputs with regards to bilateral cooperation and negotiations pertaining to international agreements. I also attended high-level meetings such the United Nations General Assembly in New York, the African Union Summit in Addis Ababa, ministerial meetings at the U.S. State Department and China just to name a few.